Pickguard traced and lasercutted in plexi

Flo came in today with a template of a pickguard of a fender jazzmaster guitarre and wanted to cut it in plexi glass. So I helped him to digitalize it tracing the template using Fusion360 and then I made a cad drawing in Fusion and exported as a pdf. In Inkscape I then removed the outside frame.

To trace it I made a picture scaled it and then with the spline tool we trace the outside. We decided not to cut the small ´holes but rather use the template to drill the wholes.

@Minirevollo made a suggestion to me that it would have been better to trace the template with a pencil and then use the scanner to avoid the distortion of a picture. Then I could have easily used the pdf in inkscape.

I just used the proofgrade settings for plexi. The thickness was 2.8 mm. There you have to be careful to put the piece a little bit more to the right as the proofgrade of glowforge is different to 2.8 mm 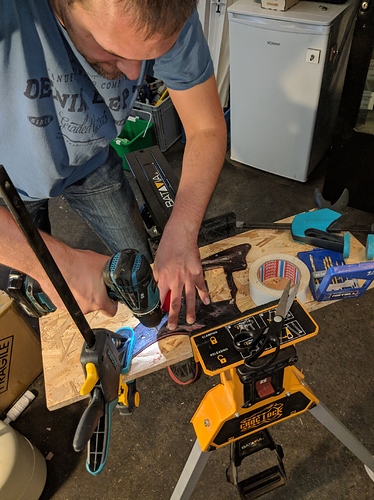 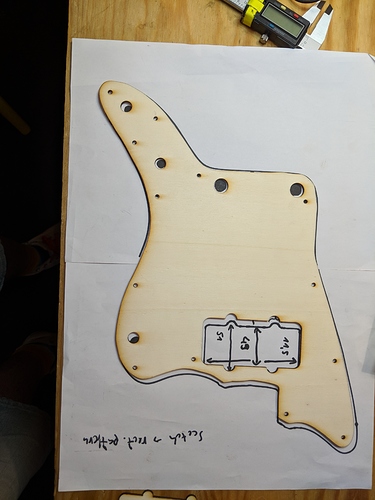 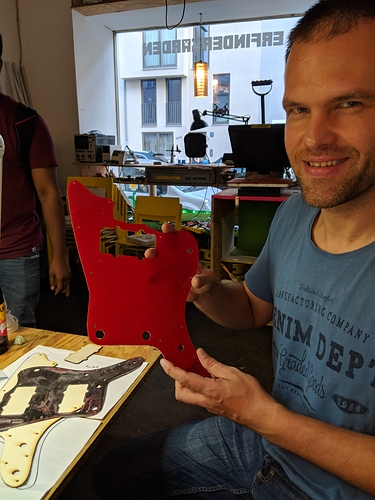 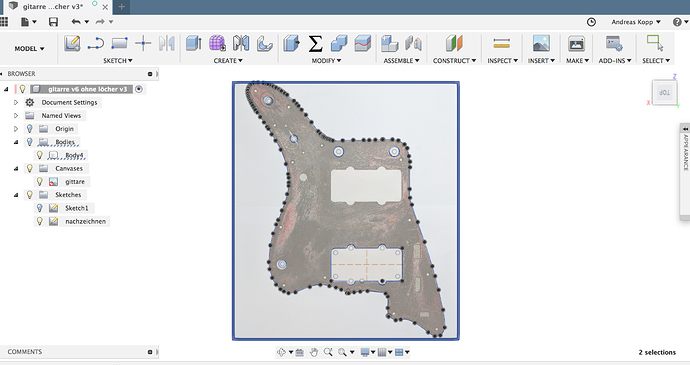 Baptiste told me about Fusion, did you get an educator license for free? A short research brought out that Blender seems to be more complicated to use but has the more features.

EDIT: OK, that explains it quite well: https://www.quora.com/In-what-ways-is-Blender-better-than-Fusion-360

yes Blender is more for animation free forms and Fusion is for parametric designs. I would do a vase or a character in Blender but furniture and anything where something needs to fit perfectly in Fusion. Also good is FreeCad (opensource) and now XDesign from Solidworks. We also got a license of Solidworks and XDesign in the lab.